Please, call him Jay. Everybody does.

After a decade of working at and managing other comic stores, Jay decided to open his own shop and founded Happy Harbor Comics* (HH) in Jasper, Alberta in 1999. The store relocated to Edmonton in 2005, and quickly became the centre of the city's comics universe, setting a new standard for customer service and community-building.

HH did more than just sell funnybooks! From the get-go, they sought to expand the comics audience, build a supportive community of local comics creators, and give back through charitable initiatives.

Over the years, HH was recognized with acclaim from near and far for the activities and initiatives Jay spearheaded:

Over the years, it was Jay's privilege to raise funds and awareness for many local charitable organizations, all the while raising the profile of the comics medium.

Jay stepped away from retailing in 2019, but his passion for comics carries on! He helps institutions and individuals appraise and sell collections, has lots of helpful suggestions to connect you with the right books for your audience, and is currently booking speaking engagements to inform and inspire about this awesome storytelling medium! 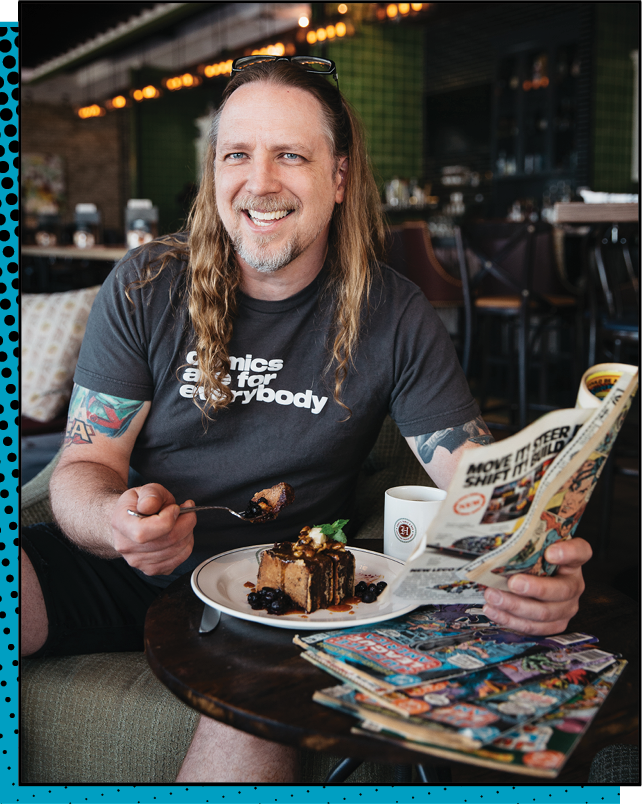